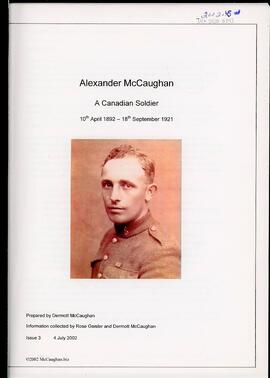 A duo-tang containing an 11-page (single-sided) biography of Alexander McCaughan, a young Irishman, who had come to Indian Head and then enlisted with the Canadian Army and fought in WWI.

This seems to be a complete day- by-day account of Allena Williams's life between May 26, 1840 and October 11, 1843 (Vol. 6). She was a regular churchgoer and a Sunday-School teacher. The diary notes various accounts of sermons and a service at St. Paul's for S.P.G. There are also accounts of concerts in Hanover Square Rooms, where there was music by Rossini, Schubert, and others, and Beethoven's Sonata in D. Minor finally played by Sterndale Bennette.
Furthermore, she was a studious and industrious woman who always seemed to have either a book or a needle or a pen in her hand, or to be singing or playing. 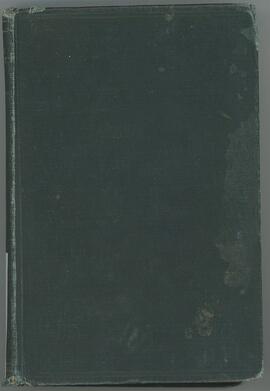 Around the World in the Yacht Sunbeam

A small 12 cm X 19 cm) green 368-page hardcover book written by Anne Brassey and containing her memoirs from the trip she and her husband, Lord Thomas Brassey took around the world in their yacht, the Sunbeam, from July 1, 1876 to May 26, 1977. 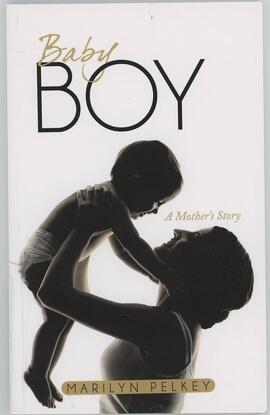 A small paperback book of memoirs autographed by Marilyn Pelkey.

The fonds consists of records created and/or collected by Dr. Ralph, during his time in Saskatchewan. Contents include: records of baptisms, burials, and marriages (1903-1930) from Blaine Lake, Balmoural, and Craigmore.

The collection consists of primarily textual materials relating to various ministers and other lay people associated with the United Church, in Saskatchewan. Contents include obituaries, newspaper articles, pamphlets, programs, publications, and various other documents containing biographical information. Some are accompanied by portraits. 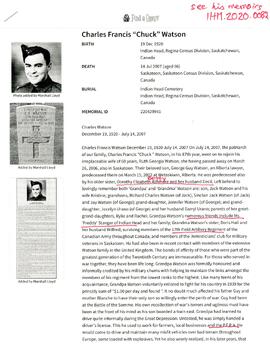 Printout of "Find-a-Grave" entry for Charles Francis "Chuck" Watson (Memorial ID 220429941) who is buried in the Indian Head Cemetery. 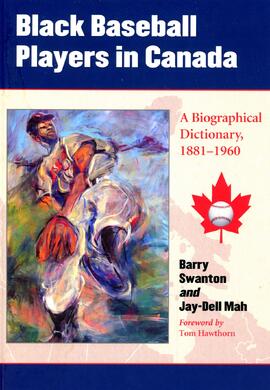 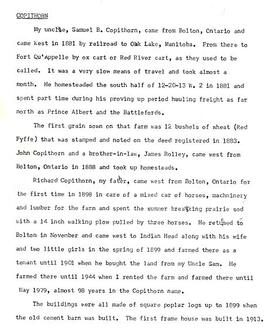 Two typed pages about S.R. Copithorn's Uncle Samuel B. Copithorn and his father, Richard Copithorn, who came to Indian Head from Bolton, Ontario in 1881 and 1898, respectively.

This fonds consists primarily of the research material for and chapter drafts of "The Prairie Builder."

The fonds consists of records created and collected by Rev. David Strathy Dix, during his time as an ordained minister. Contents include a notebook recording baptisms performed (1913-1954).

This diary spans four eventful years of Ms. Priest’s life, touching on her activities as a teacher, her wedding, holiday trips to England and Wales, and early years homesteading in Canada. Personal and philosophical thoughts are also explored within the diary. Many flowers pressed in diary.