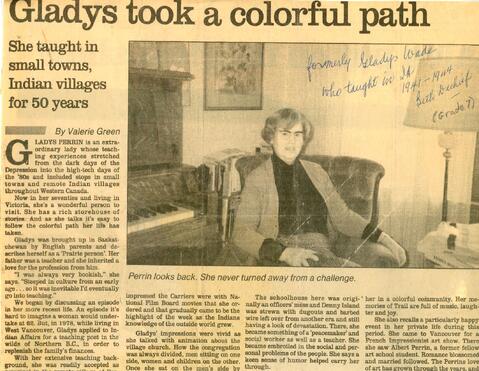 The newspaper was first published as The Leader in 1883 by Nicholas Flood Davin, soon after Edgar Dewdney, Lieutenant-Governor of the North-West Territories, decided to name the vacant and featureless site of Pile-O-Bones, renamed Regina by Princess Louise, Duchess of Argyll, the wife of the Governor General of Canada, as territorial capital, rather than the previously-established Battleford, Troy and Fort Qu'Appelle, presumably because he had acquired ample land on the site for resale.
The first Leader Building, Regina, Assiniboia, 1884

"A group of prominent citizens approached lawyer Nicholas Flood Davin soon after his arrival in Regina and urged him to set up a newspaper. Davin accepted their offer – and their $5000 in seed money. The Regina Leader printed its first edition on March 1, 1883."[2] Published weekly by the mercurial Davin, it almost immediately achieved national prominence during the North-West Rebellion and the subsequent trial of Louis Riel. Davin had immediate access to the developing story, and his scoops were picked up by the national press and briefly brought the Leader to national prominence.

Davin's greatest coup was sending his reporter Mary McFadyen Maclean to conduct a jailhouse interview with Riel. Maclean obtained this by masquerading as a francophone Catholic cleric and interviewing Riel in French under the nose of uncomprehending anglophone watch-house guards.