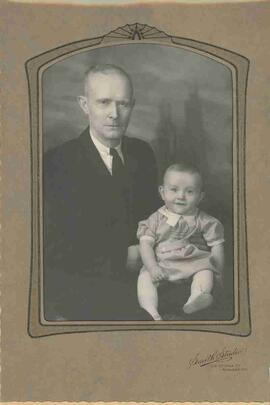 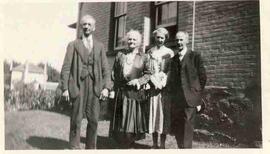 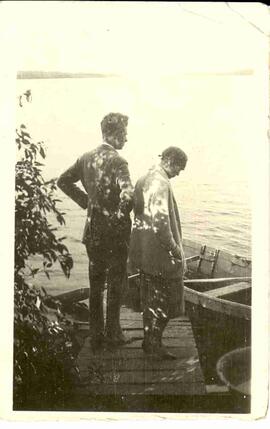 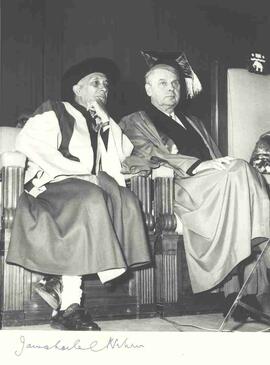 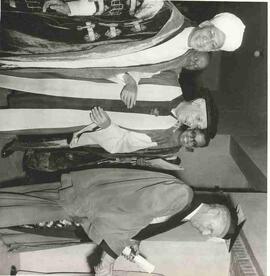 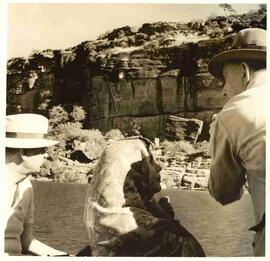 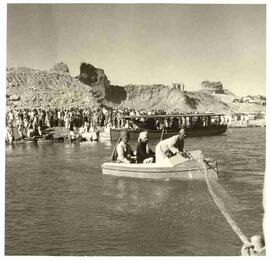 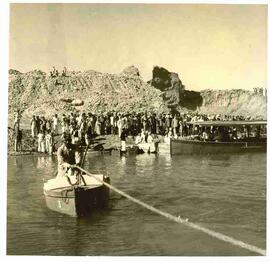 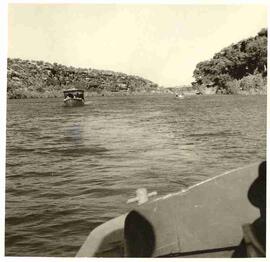 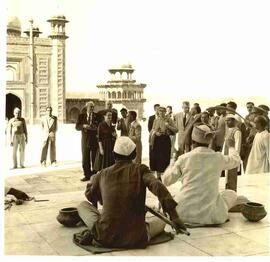 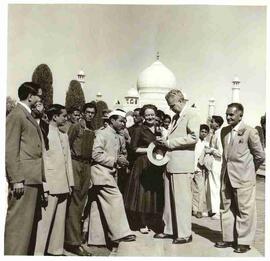 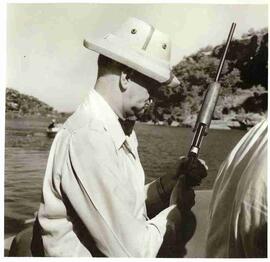 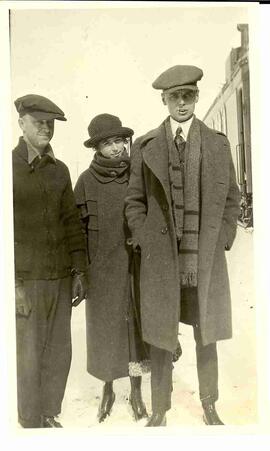 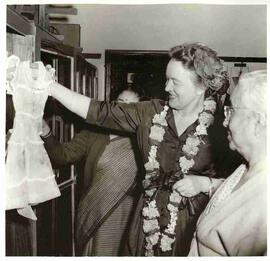 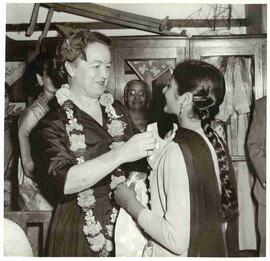 593.2 m of textual records and other material

Diefenbaker's family moved to the Fort Carlton region of the then North-West Territories in 1903; he attended school in several communities before the family moved to Saskatoon in 1910. After receiving a B.A. (1915) and M.A. (1916) from the University of Saskatchewan, he enlisted for service during the First World War; he subsequently completed his law degree (1919) and was called to the bar the same year.

First practicing law in Wakaw, he moved to Prince Albert in 1924. He ran unsuccessfully in the federal elections of 1925 and 1926 and the provincial elections of 1929 and 1938, before being elected as the MP for Lake Centre in 1940.

In 1956, Diefenbaker was selected as the new leader of the Progressive Conservative Party, and became Prime Minister in 1957 - considered an upset. In March 1958, he led his party to the biggest majority government to that point in Canadian history, with 208 seats.

After the 1962 election, the Diefenbaker Conservatives were reduced to a minority, and they lost power in 1963. He was challenged as leader, and lost the vote at the leadership convention in 1967. Continuing to serve as an MP until his death, he was elected for the 13th time in May 1979. He died in August 1979 and was buried in Saskatoon on the campus of the University of Saskatchewan (next to the Diefenbaker Canada Centre) following a state funeral in Ottawa and a cross-Canada train journey.

Series I through VIII and part of series XII are available on microfilm; see series descriptions for details.

This collection is stored off-site; please contact the Archives in advance to arrange in-person use