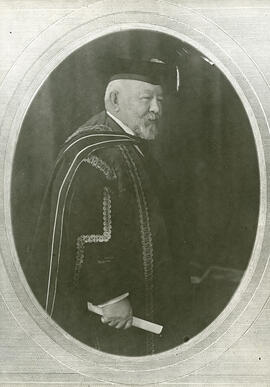 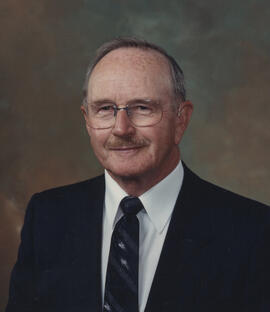 Bio/Historical Note: Ted Turner, then Executive Director of Prairie Pools Inc., served as campaign co-chair of "Partners in Growth", the fundraising campaign for the Agriculture Building. 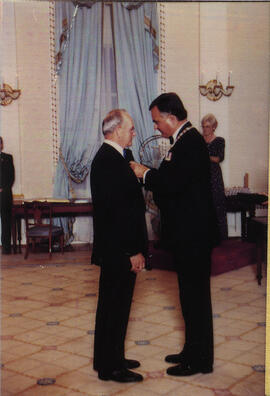 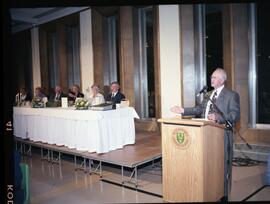 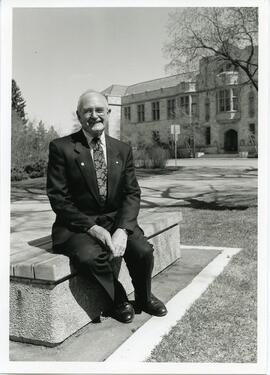 E.K. (Ted) Turner, University Chancellor from 1989-1995, poses for the camera in the Bowl; Administration Building in background. 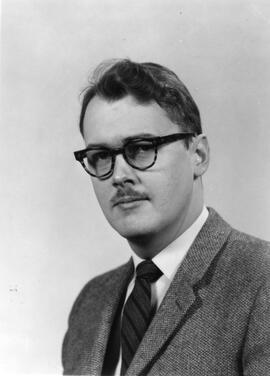 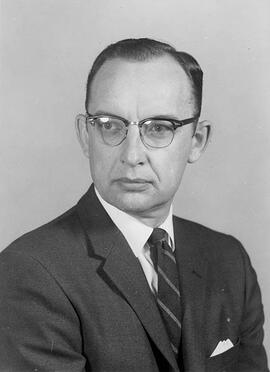 Bio/Historical Note: Eiler Humbert was born and raised in the rural Regina area. He was educated at Regina Central Collegiate and the University of Saskatchewan where, in 950, he obtained his BSA in Dairy Science and was awarded the Tommy Fraser Memorial Trophy. Humbert took post-graduate work in Dairy Science and obtained his M.Sc. in 1951 at the U of S and continued his studies at Michigan State University, obtaining a Ph.D in 1954. He joined the staff of the U of S Department of Dairy Science in 1954. 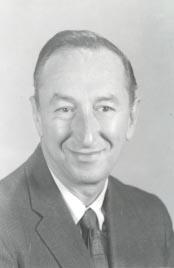 Head and shoulders image of Ed Abramson, Professor of Sociology. 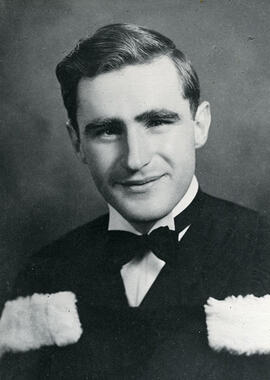 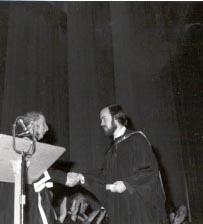 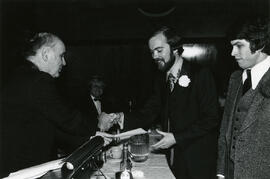 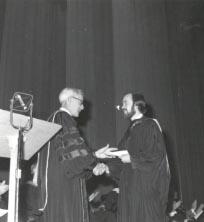 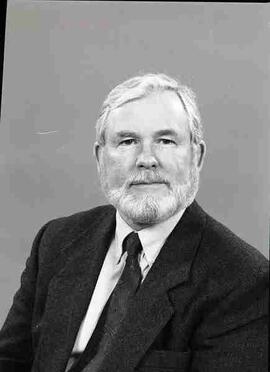 Bio/Historical Note: David R. Popkin was born in Montréal on 1 July 1940 and grew up in Senneville, Québec. He received a B.Sc. in Agriculture from Macdonald College in 1962 before studying medicine at McGill University (M.D., C.M., 1966). Popkin received his FRCSC in Obstetrics and Gynecology in 1971 and specialist training in gynecological oncology at the University of Newcastle-upon-Tyne, England, and the Memorial Sloan Kettering Cancer Institute, New York, (1972). He practiced at the Royal Victoria Hospital in Montréal from 1972 to 1982, until he accepted the position of Head of the Obstetrics and Gynecology Department at the University of Saskatchewan, College of Medicine (1982-1991). Between 1991 and 1993, Popkin was associate Dean, Postgraduate Medical Education and Clinical Affairs, and later Dean of Medicine (1993-2001). In 2002 he moved to the Saskatchewan Cancer Agency where he served as the Executive Director of the Saskatoon Cancer Clinic (2002-2006) and Vice-President and Senior Medical Officer of the Agency (2006-2010), until he retired at the age of 70. Popkin died in Saskatoon in 2014. 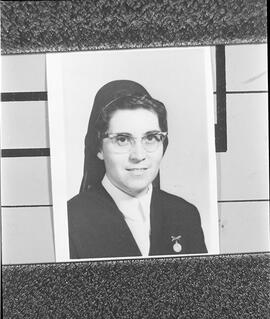 Head and shoulders image of Sister Marian Noll, OSU, graduate of College of Arts and Science with great distinction at the spring Convocation. 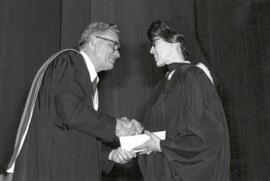 Sister Marian Noll, OSU, is awarded a Bachelor of Arts degree with great distinction by D.R. Cherry, Dean of Arts.