The collection contains one black and white photograph of a large group of people standing outside the "Old Time Curling Club" in Melfort Saskatchewan. The photograph was taken in 1962, and was part of Ada and Joby Bedard's personal collection. 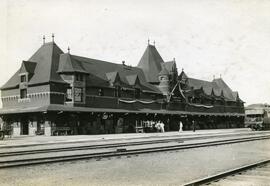 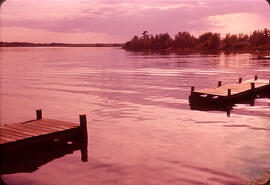 Two docks are seen empty on a northern Saskatchewan lake. 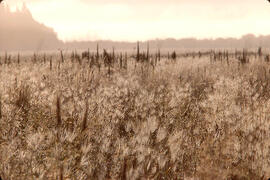 A fallow field growing shrubs and under-brush is seen near Emma Lake, Saskatchewan. 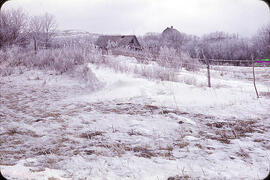 A farm house and it's barn are seen covered in snow. 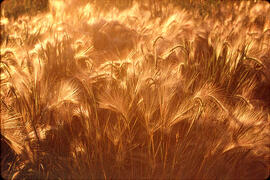 Field of barley in the Emma Lake area

A field of mature barley is seen near Emma Lake, Saskatchewan. 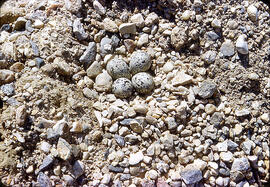 Four eggs of a Killdeer bird are seen in a nest made in the gravel and dirt.

The collection contains materials relating to the project, and in particular, images taken by the school children. These images document people admired and loved; pets; images of the city, neighborhoods, school and school grounds; and other materials which may well alter and change over time, including currency, various electronic apparatus including computers, cell phones, televisions, and stereos; modes of transportation, including cars and school buses. As such, the collection represents a good sample of materials which document Saskatoon at a specific time; and in particular documents the inner city area near King George school, and the school's teachers, students, and activities. 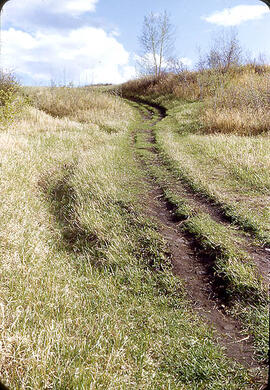 Up the river bank in early spring

A dirt path is seen winding it way up a river bank.