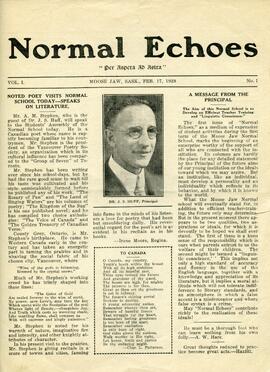 This fonds consists of minute books from 1949 1968, a treasurer's list, 1951 1967, membership lists, 1949 1975, constitution, history, miscellaneous correspondence, exhibition programs, newspaper clippings, and a history of the Homecoming '71 Mural, created by 22 members of the guild, and 3 scrapbooks of printed material and photos from 1949 1965. "The Great War: I Was There!" Magazine collection

This collection consists of 48 volumes of the 51 part series entitled ‘The Great War: I Was There!’. Parts 13, 18 and 47 are missing from this collection. The series chronicles WWI through firsthand accounts of the war. The series contains original pieces as well as excerpts from other media.

The Great War: I Was There Magazine