This fonds contains Lieutenant T. M Morgan’s photo album of the timber operation by No. 106 Company, Canadian Forestry Corps during the First World War. The photographs were taken in Knockando, Moray-shire, Scotland. Most of the photographs are labeled. T. M. Morgan is the first on the left of the last row of the unlabeled group photo. 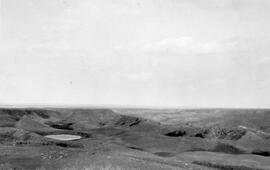 Bio/historical note: Frederic Harrison Edmunds was born in Hawarden, North Wales in 1898. He received his B.Sc. (1922) and MSc. (1923) from the University of Liverpool. In 1925 he came to Canada and joined the Department of Soils at the University of Saskatchewan. Professor Edmunds was named chairman of the Department of Geological Sciences in 1961, a position he held until his death in February, 1965. 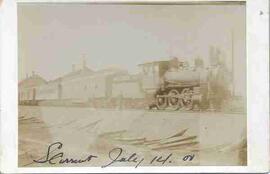