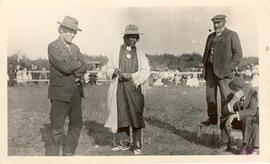 A sports day at Melfort. There are four men in foreground, two white men on a bench, and two native men standing. Spillway and dam at Melfort Sask.

A man standing on top of dam Pump house at spillway and dam at Melfort, Sask.

Three men with two dogs in front of the Melfort dam pump house. Automobile to the left. Before the spillway went out.

Before the spillway went out. Man in background standing on dyke.

Three men standing to the left as water rushes by. Before the spillway went out 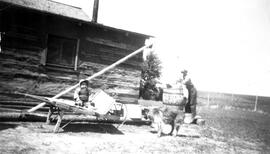 Geraldine Arcand (child) and Joe Ledoux are pictured beside the home of Nora and Vincent Ledoux. 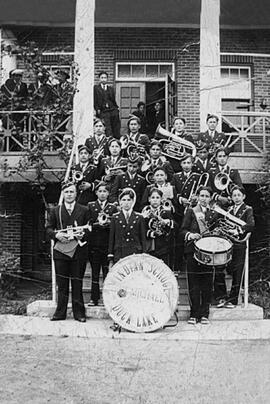 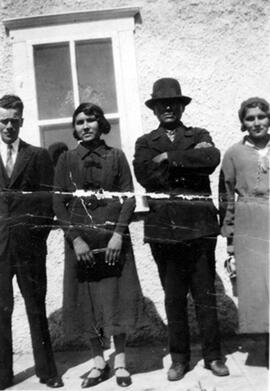 At the priest's house 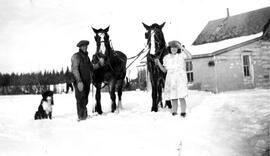 Charlie Morrissette and Mary Morrissette are pictured with their horses and dog outside at the home of Louis and Isabelle Arcand. 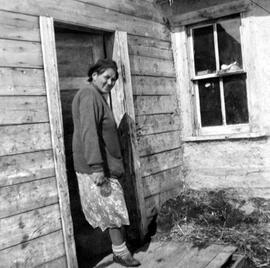 Etta Arcand is pictured outside the doorway of her home, Muskeg Lake Cree Nation. 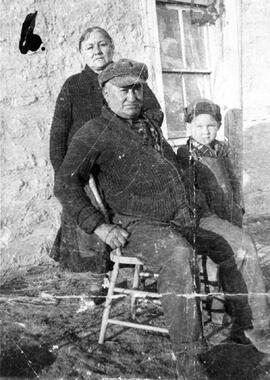