Jessie Boulton and Lewis Mann posing in a Saskatoon, Saskatchewan portrait studio for a professional portrait Mr. and Mrs. Ernie Duffus sitting next to each other in separate chairs. Three men walking down a street in Saskatoon, Saskatchewan A Massed Band Performing at the Saskatoon Exhibition R.P. Hassard walking down a sidewalk in Saskatoon, Saskatchewan Four women with straw brooms, posing for a team photograph Fonds consists of minutes of meetings, office correspondence, reports and studies undertaken by the Meewasin Valley Authority, as well as the working files of its Executive-Director, Wes Bolstad (1980-1984)and photographs of the 1979 Board members. 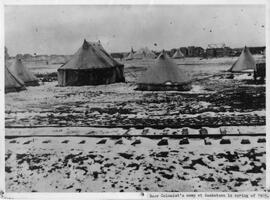 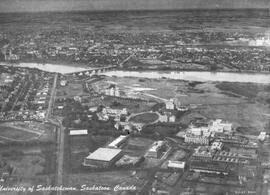 Aerial view of the University of Saskatchewan campus in Saskatoon, SK, looking west. 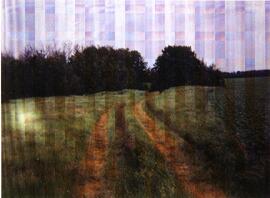 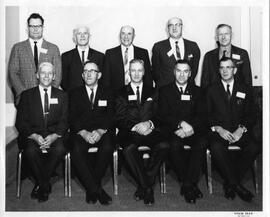 Ten men in suits and ties with name tags sit and stand for the photo at the Western Co-op conference. Bill Newman, Chris Anderson, Back row.