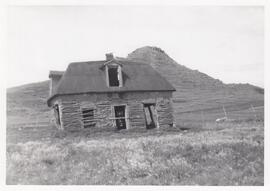 Photograph of the old Big Muddy North West Mounted Police (NWMP) post (1902-1917). Building originally built by James Marshall, then traded to the Mounties for a larger barracks located across the road (information supplied by Mrs. Sali of Moose Jaw, grand-daughter of James Marshall. 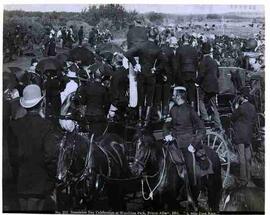 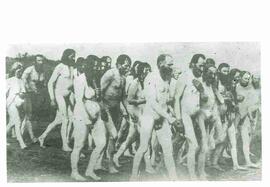 Image of nude parade of Doukhobors from Langham area to Saskatoon. This group was stopped by the Mounted Police northwest of Saskatoon. 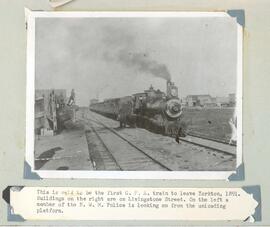 said to be the first C. P. R. train to leave Yorkton 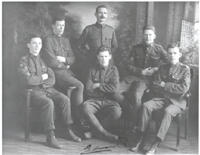 Inspector William A. Cunning and sons

Studio portrait of William A. Cunning and his sons, all of whom served in the First World War. The photo was signed by Edward, Prince of Wales, on his 1919 tour. Left to right: Walter A. Cunning; Leonard F. Cunning, Back: Inspector W.A. Cunning. Front: Inspector Cecil A. Cunning; N. Howard Cunning. 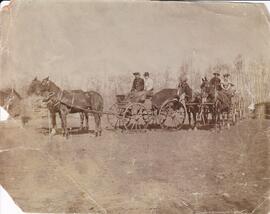 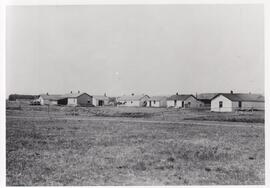 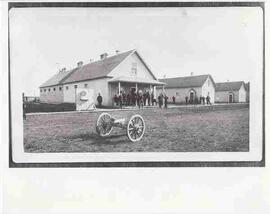 Program for Home Guard celebration/fund-raiser on Aug.12, 1915. It involved a parade, starting at the Armory, a march past the Lt-Gov, games a musical ride by the Royal Northwest Mounted Police (RNWMP) and entertainment and dance in the Auditorium.