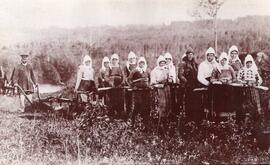 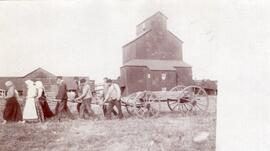 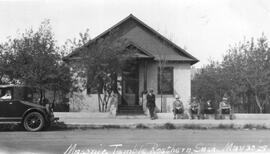 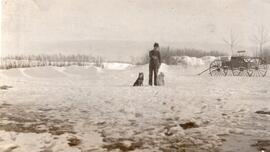 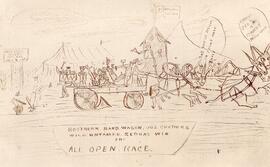 A native of the Isle of Wight, Seager Wheeler immigrated to Saskatchewan in 1885. After working for a few years on his uncle's farm near Clark's Crossing, he took up a homestead in the Rosthern district, specializing in seed production. In 1911 he won the world championship for Wheat at the New York Land Show; in the seven years following he won four more world championships with wheat produced on his farm.

He originated several varieties of wheat, two of which, Kitchener and Red Bobs, made a significant contribution to the agricultural economy of western Canada. Although his name is usually associated with wheat, Wheeler also played an active role in the improvement of oats, barley, and potatoes. Wheeler joined the Canadian Seed Growers' Association in 1908 and took a leading part in its affairs throughout his lifetime. In 1919 his book, Profitable Grain Growing, was published by the Grain Growers' Guide. In recognition of his outstanding contribution to agriculture, an honorary Doctor of Laws degree was conferred upon him by Queen's University in 1919.