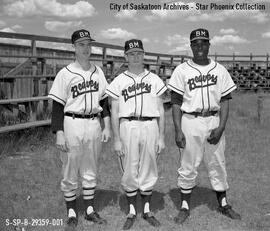 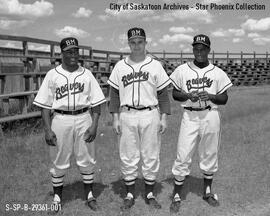 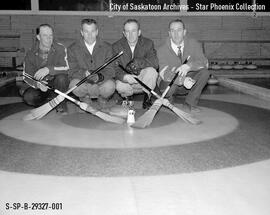 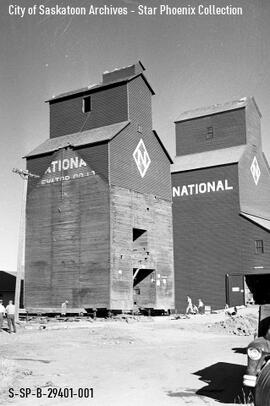 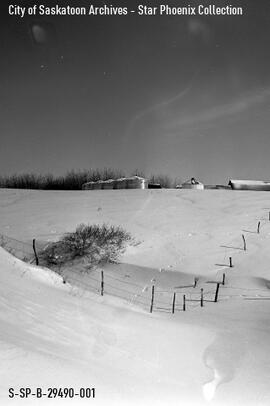 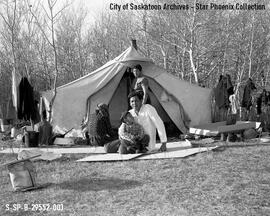 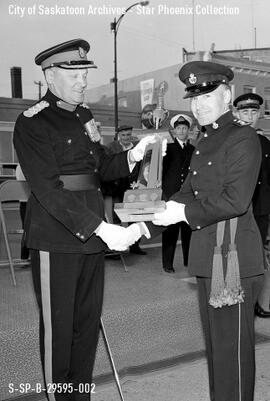 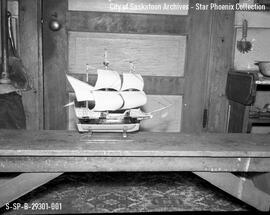 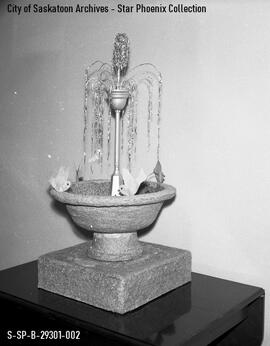 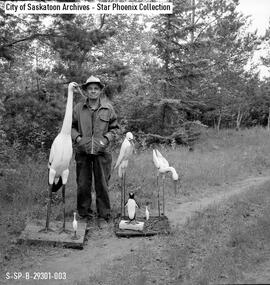 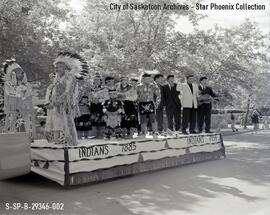 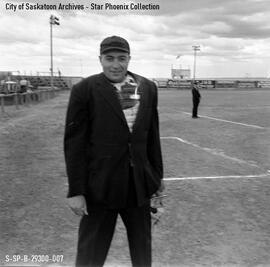 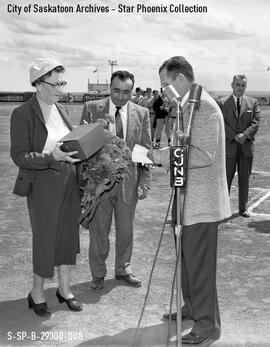 Leslie Guthrie (1918-2018) was born Oct. 5, 1918 in Swift Current and grew up in Eston, Sask., and mostly in Saskatoon. He began working for the Star Phoenix as a paperboy before working part time on the sports desk, beginning in ca. 1936. He served during the Second World War, from 1940-1943 but did not go overseas, after which he worked for the Canadian National Railway in Saskatoon and Regina until 1946, when he was hired as the Star Phoenix circulation representative in North Battleford, which also included delivering the afternoon edition of the paper from Saskatoon. He retired in 1982.

Series contains photographs taken by Guthrie for the Star Phoenix between 1957-1964, mostly from North Battleford and surrounding area; many of the images may have been taken 'on the road'.

Photographs provided for private research and study only. For all other uses, please contact the City of Sakatoon Archives.