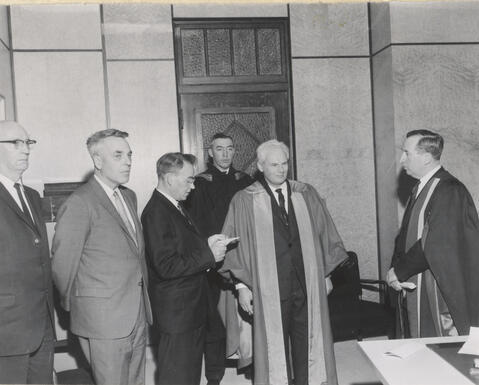 Bio/Historical Note: Born in August 1915 in Zheleznovodsk. Russia, Dr. Vasilii Vasilevich Vladimirskii graduated from Moscow University in 1938. Since 1946, he has been deputy director of the Theoretical and Experimental Physics Institute in Moscow. His works have been in optics, propagation of ultrasound and electromagnetic waves as well as in the theory of linear accelerators and neutron spectroscopy. He participated in the creation of the Serpukhov accelerator whose energy level is 70 giga-electron-volts. He was awarded the State Prize in 1953 and the Lenin Prize in 1970. He served as an advisor to the Theoretical and Experimental Physics Institute (ITEP) in Moscow.