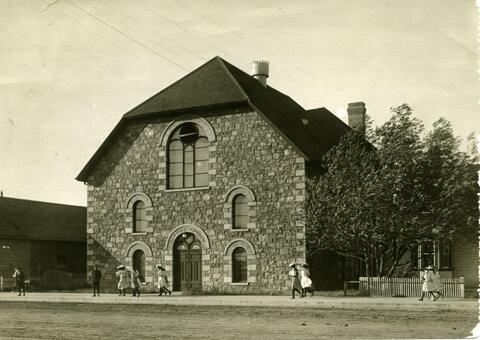 Lewis Rice owned Rice’s Studio that was located in Moose Jaw, Saskatchewan and offered services in photography, illustration and publication. "The Buckle of the Greatest Wheat Belt in the World" was published by Rice’s Studio in 1913.
Rice was born in Bedeque (now Baddeck), Cape Breton Island, Nova Scotia in 1862 and demonstrated artistic abilities at an early age. He moved to Moose Jaw with his wife in 1906 and was an active member of the community. He was a local business owner, the vice-president of the Board of Trade and the founder of the Aquatic Club. A photographer, illustrator, and publisher, Lewis Rice illustrated for the Board of Trade and the Canadian Pacific Railway (CPR). His photographs won multiple awards, including top awards at the Dominion Fair in Toronto in 1912. Rice died October 14, 1913 in Moose Jaw.